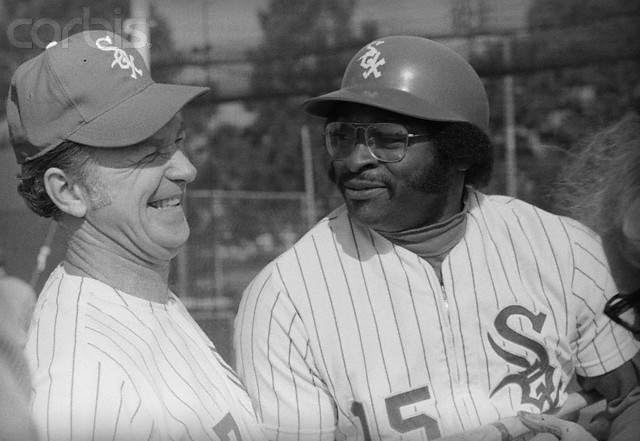 I remember it clearly. It was the Summer of 1970 and I was driving through Southern Indiana. I heard the news on the radio: Chuck Tanner has been named the manager of the White Sox for the remainder of that season and beyond.
More news came this morning when I heard that Tanner passed away yesterday at 82.
I knew Tanner from his baseball cards and the fact he was one of a long line of not-so-memorable Cub outfielders of that era, along with the likes Jim Bolger, Bob Speake and Walt “Moose” Moryn. But would he be as non-descript as a manager as he was as a player? The truth is that he couldn’t be worse than his ’70 predecessors Don Gutteridge and Bill Adair. By the end of that season, the Sox finished 42 games out of first place and drew less than 500,000 fans.
History now shows that Tanner is best known as the manager of the 1979 World Champion “We Are Family” Pittsburgh Pirates, who came back from a 3 games to 1 deficit to defeat the Orioles in the Series. But Sox fans remember Tanner as the enthusiastic optimist who led the Pale Hose out of the doldrums.
Partly because the Sox had hit rock bottom in 1968 (95 losses), 1969 (94) and 1970 (106), the 1971 and 1972 South Side ballclubs were two of my favorites. Donning those red pinstripe uniforms, the team’s identity reflected their manager’s fire and they played an exciting brand of ball. In ’71 the Sox improved to a 79-win season with the likes of Carlos May, Bill Melton, Jay Johnstone, Ed Herrmann, Tommy John and Wilbur Wood, et. al.
Then in 1972, the Sox acquired Dick Allen, whose difficulties with other players and managements were well-chronicled. But he seemed to fit nicely under Tanner’s influence (see picture above). Both had grown up in western Pennsylvania and were familiar with each other. The result was that the Sox were contenders with 87 victories and Allen stole the show with an MVP season. It’s not an exaggeration to say that Allen and these White Sox could have saved the franchise from moving (rumors had them going to St. Petersburg or Seattle).
Tanner never came close to the same success in his final three years as a Sox manager and was fired after the 1975 season when Bill Veeck took over the team. He quickly was hired by the Oakland A’s and then it was on to the Pirates, when he became of the few managers in history to be traded for a player (Manny Sanguillen).
It’s hard to argue against the fact that Tanner’s greatest managerial success was with the Pirates. But to White Sox fans, that 1971 and 1972 turnaround has to be very close.