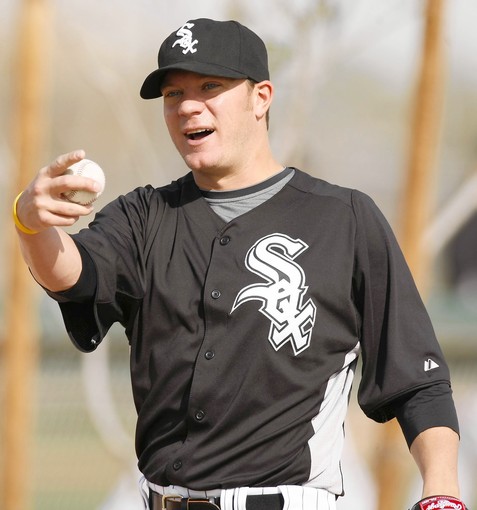 Entering this season, one of the questions I had was, “Can John Danks take another step forward to become a dominating, All-Star caliber pitcher?”
Although Danks has looked good at times (inconsistency has always been his Achilles Heel), he has now fallen to 0-6 as a result of his subpar performance last night in the 6-2 loss to the Halos. It’s especially disheartening in that the loss ended the Sox momentum at three straight wins.
Danks’ disappointing effort came on the heels of Ozzie‘s official announcement that for the next 20 games the Sox will go with a six-man rotation. It accomplishes at least three things:
1. It makes room for Jake Peavy
2. It keeps the surprising Phil Humber in the rotation
3. It will give some extra rest to the other pitchers, especially Mark Buehrle
The “new look” pitching staff debuts tonight with Peavy making his first start of the year. It’s a key game, providing an early indication if the former Cy Young Award winner can have an impact as well as giving the opportunity for the Sox to win their second straight series on the West Coast.