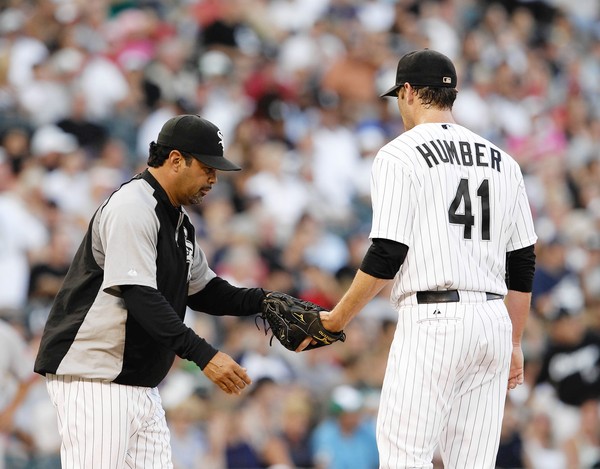 The White Sox mastery over the “other” Sox (seven wins in a row) was bound to end some time. And it certainly did last night as the streak ended with a thud–a 10-2 battering at the hands of Boston.

With Edwin Jackson gone, Phil Humber is being counted on more than ever with the rotation going from six to five. For the first four innings he appeared to be up to the challenge, but he didn’t survive the fifth as a result of giving up a four-spot before being pulled from the game.

Jon Lester being on the mound didn’t help the South Siders’ cause. Our offense is problematic enough with facing the tough lefty, who gave up only two solo homers (Paul Konerko and Gordon Beckham), a total of four hits and struck out eight in eight innings of work.

The game was probably decided anyway, but Boston scored a run in the eighth and five in the ninth off of Brian Bruney, a rare meltdown by a bullpen that has been close to perfect. The good news is that Will Ohman, Jason Frasor, making his Sox debut, and Matt Thornton had effective outings out of the pen.

With the Yankees coming in for four starting tomorrow night, a series win today would be nice to see as we need to keep pace with the Tigers. Detroit remains three games ahead of us and a game and a half in front of the Indians. Both rivals have improved their pitching staffs as the trade deadline approaches. The Tigers acquired starter Doug Fister and reliever David Pauley from Seattle and the Tribe nabbed Ubaldo Jimenez from the Rockies.

Sox Notes of Note:  Kenny Williams indicated yesterday that the Jackson/Frasor deal very likely will be it as far as the Sox are concerned with the deadline this afternoon…The greatest hitter in the history of the franchise, Frank Thomas will be honored today with the unveiling of the newest outfield statue. 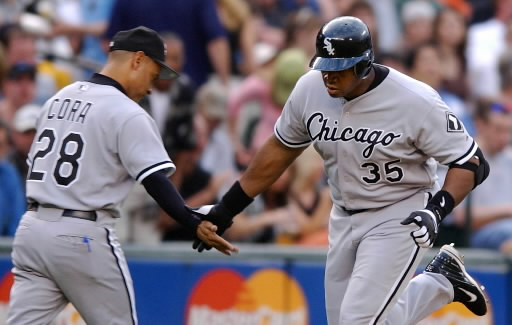